White Hart House. Ridiculously comfy room from sketchfab made by user 9of9 (link to the model below), converted for usage in Vam.


Included is the asset as well as a day and night scene.

Fighter of the nightman

Asset:
White Hart House by 9of9 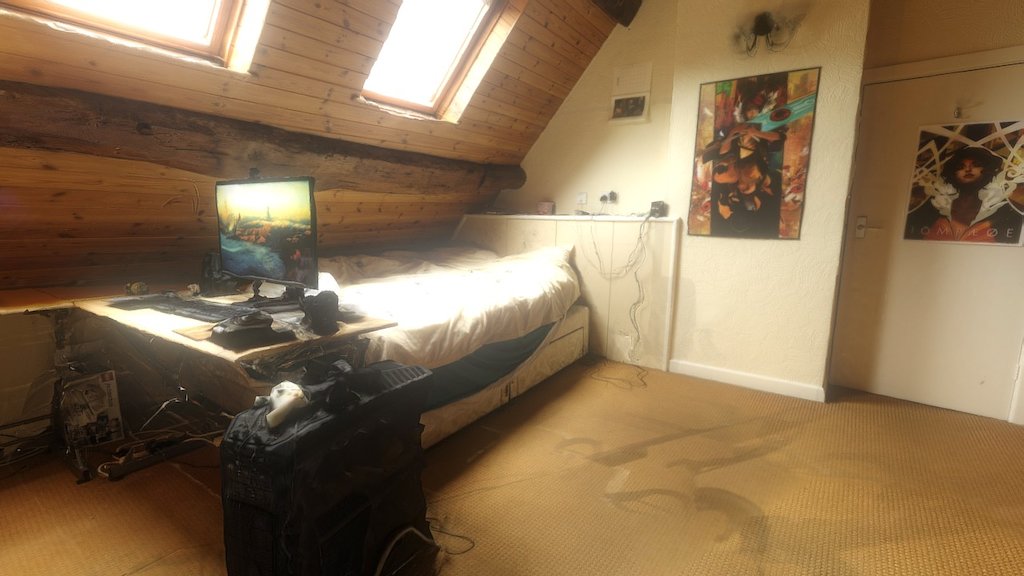 The bedroom of a game developer living out in the very heart of the English countryside. The building was built in the early 1900s and the loft was used for the servants’ quarters. I guess they were either short or used to keeping their heads down - either way the door frames have had a fair...

sketchfab.com
Model remained unchanged with exception of some deleted vertices of the window glass so that the outside is visible.

Known Issues:
When using the asset and adding a point light only half of the asset will be lit, the other half remains unlit, I do not know, why this happens. I recommend using the Unity Asset Vamifier Plugin by NoStage3, this makes this effect almost invisible.

Click the links below to support the other creators whose content was used to make this resource!
NoStage3
NoStage3.UnityAssetVamifier

Excellent work on the shadows!
I imported whiteheart from sketchfab myself earlier, but not with your attention to shadow details.
My only recommendation would be to maybe keep collision mesh off, if it increases FPS, and instead put cubes inside the bed, floor and tables. This will appear like being "soft" in practice.
Thank you !
Exactly the asset I need for a project, and looks so good... thanks for sharing!!
very cool
There's a lack of good environments. Much appreciated!
You are a master of karate and friendship!