"Have you heard of the Summerset Sisters? No one knows who they are, or even how many there are. Some people say they are freedom fighters, trying to put a stop to the Thalmor regime. Others claim they are wretched Daedra worshippers, wreaking havoc over the Summerset Isles. One thing is certain: If you provoke their anger, you will end up dead before you can even see them coming."

You'll need some of Miki's hairstyles for these looks. They should still be on the Hub, but in case they are not, you can get them here:

You will need the following packages: 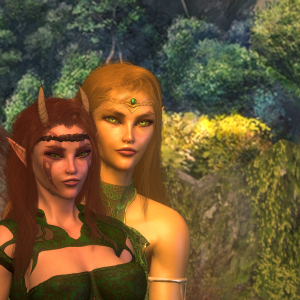 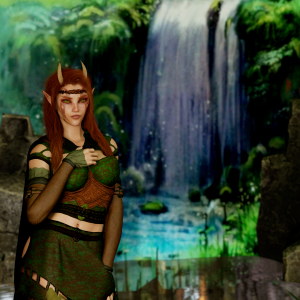 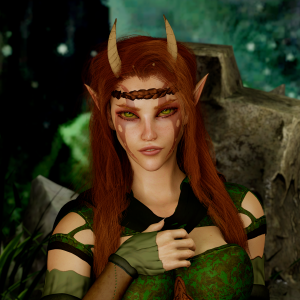 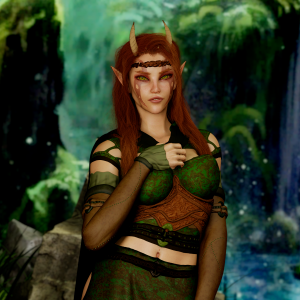 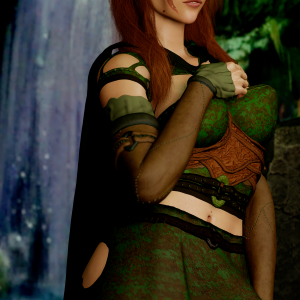 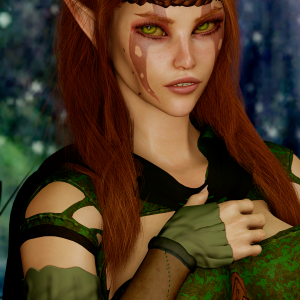 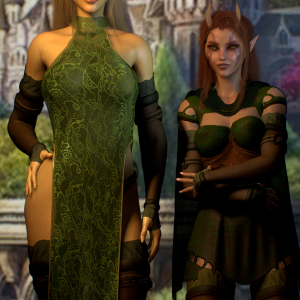 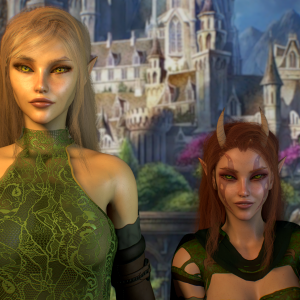 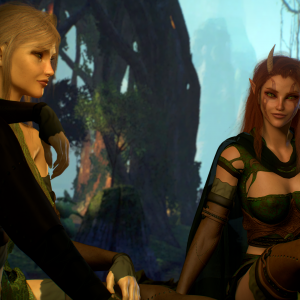 Hey guys! Here's my latest lady! Enjoy! Be sure to also check out her partners in crime! https://hub.virtamate.com/resources/the-summerset-sisters.19824/ Notice/DISCLAIMER: "Why does yours look different than mine?", I use THREE plugins...

My name is Nimwe Lluvandria Arthea. I grew up in Alinor - the great capital of the Summerset Isles, the timeless heart of our people. I was born the second daughter of High Kinlady Curanwe, once the most powerful woman on the Summerset Isles... at least by birthright. But after the supremacist Thalmor had risen to power, she was offered a choice: to be stripped of all land and titles, or to swear allegiance to the Thalmor. Trying to protect her children and her servants, she bend the knee. This was long before my birth, but my sister had told me of the proud woman my mother once was... before she had become a glorified puppet of the Thalmor.
I knew only the cold perfection she demanded of us - the slightest signs of her love towards us faded quicker than a shooting star over the ocean.

I have always loved the sea - calm and soothing in this moment, raw and untamed in the next. Perhaps the countless hours of sitting on the shores and watching the hypnotizing dance of the waves awakened my innate powers - magic. Ever since I read about the mysterious Psijic mages on their hidden island Artaeum, I dreamt of weaving the strands of Magicka into form - harnessing the power that is all over Tamriel, the last echoes of the Earth Bones. My mentor Numinor shared my love of magic and might have been the only one to recognize my true potential. He taught me a great deal... too much, it would turn out. The Thalmor could not tolerate one of their own mages teaching a misfit like me their secrets. I was no friend of the Thalmor, and let everyone know it. So one day, Numinor taught me his final lesson.

The sea was coated with a thick blanket of fog on that fateful morning. The moment I heard my mentor's heavy sigh, and felt the air around him sizzle, I knew he was not here to train with me. It was a fight to the death. An execution. His betrayal burned in my heart, but at the same time it fueled my hatred towards the Thalmor even more. Numinor was not expecting me to resist him as fiercely as I did... at least I thought so in my naive innocence. He was cold and calculating. He knew my every move, before I had even performed them. I was no match for him - and yet, his emotions seemed to pierce through his ice-cold professionalism. Looking back, I realize he held back his powers. He could have inscinerated me with a snap of his fingers. But he didn't. I gained the upper hand and lashed out at him with a furious roar - leaving a burning mark on his face. And then, my vision faded. I heard him cursing furiosly, his hand gesturing towards me. The last thing I remembered was the cold embrace of the ocean, carrying me away from the only place I had ever known.

I had never prayed to any gods - neither Aedra, nor Daedra. But whatever force guided me had to be more than sheer luck or coincidence. I briefly awoke on a beach familiar, but alien at the same time. I knew the feel of the sand beneath my battered body, but the sweet scent of leaves filled my burning lungs. Visions of dark green, almost black foliage, penetrated by strange wooden spires in the distance. Before my mind drifted back into the void, I heard the soft, careful patter of small
feet closing in on me. Whatever force guided her to this beach that day - I owe it my eternal gratitude.

My saviour introduced herself as Mirriel. Her clan lived along the western shores of Valenwood, where they found me - near death. Their hospitality was something I had never known before. In time, Mirri and her clan would be the closest thing to a family I had ever had - despite me towering above them. They rejected the Thalmor and their plans for war against mankind - even if that made them enemies of the Dominion. Their own people could have betrayed them at any time, pointing the justiciars towards them - yet they never did. And soon, more and more Bosmer would grow weary of their oppressors.

Me and Mirri had become a force to be reckoned with. My magic could turn her arrows into volleys of death and destruction - but her knowledge of the earth and all things living opened another path for my powers: Restoration. We vowed that we would help all those who suffered under the Thalmor regime - and she would help me getting my revenge on the justiciars. We returned to the Summerset Isles and rallied more people that would join our cause.

We strike from the shadows at those who dare lay a finger on our people.
We bring justice to the persecuted and right the wrongs of those that seized power.
We will take down the oppressors and end their war, before it can bring ruin to Tamriel.
We are the Summerset Sisters!

Denngar
Thanks a lot! Every hero (or villain) deserves a good story, even in VaM ;)
Incredible. Thanks! Love tha character based content and the backstory

Denngar
Thank you! TES is my favorite fantasy franchise :D
I appreciate your looks always, but the amount of lore and backstory you've added to this pack is top tier. Thank you as always for being an amazing creator, your looks are so great and appreciated. Love love love.

Denngar
Thank you so much, VaMRainey! I went a lil' bit overboard this time, but I like to flesh my looks out a bit. I am glad it's appreciated <3
Read more…
Top Bottom